Age: What’s In A Number?

I have a good friend who doesn’t think about her age. Every year, when I call to greet her happy birthday, she asks me, half-joking, “How old am I, again?” I know her age because she is ten years older than me. She prefers to mark her years not by time but according to how old or young she feels.

In some of the reviews I’ve read of the movie Nightcrawler, actress Renee Russo is described as an aging actress. The “aging” reference really bothers me. Sure, Russo is aging. She’s sixty right now, next month she’ll turn sixty-one. Then again, aren’t we all, every one of us, aging? From the moment we are conceived we age by the second. Yet it is usually women upon whom aging gets pinned and not in a positive way.

Age is a funny number. As a young girl, I couldn’t wait to be older—old enough to drive, to date, to drink, to be considered “credible” as a news anchor, which is what I thought I wanted to be. When I moved to Hollywood after my thirtieth birthday, one director told me that he couldn’t cast me in a role I really wanted because I didn’t look old enough to play a woman my age. “If only you looked as old as you really are, you’d be perfect for the job,” he said, ushering me out the door.

END_OF_DOCUMENT_TOKEN_TO_BE_REPLACED

Mirror, Mirror on The Wall

There was a time when I wanted to be famous. I felt that if I could just see myself under bright lights, on the big screen, or the front page, I would finally feel like I mattered. In the last several years, I’ve stopped craving stardom. Maybe it’s in part because fame seems to be an easier feat to accomplish these days. Do or say something super provocative or heartwarming, post it online, watch it go viral, and—Voila! —for at least fifteen minutes everyone knows your name. But does fame even mean anything anymore now that it is so much more achievable? Then again, did it ever?

I’d like to think that the reason for the change in me goes deeper—that it is because I no longer need other people to look at me first before I am able to see myself or know that I have value. I’ve begun owning that I matter, cultivating this understanding from the inside out, rather than looking for that validation from the outside in.

For the longest time, none of this was the case at all. I let culture and the male gaze, especially, tell me who I was and how much I was worth. Often, that worthiness was tied to whether or not men found me desirable.

END_OF_DOCUMENT_TOKEN_TO_BE_REPLACED

A Finger Without A Ring On It

An ad for the upcoming Bravo series Girlfriends’ Guide to Divorce was recently banned from subways and city buses in Los Angeles and New York because the content was deemed “inappropriate.” In the poster, star Lisa Edelstein is shown smiling while giving the camera her ring finger (as opposed to her middle finger).

There is a faded tan line on that finger, right where her character’s wedding ring used to be. The tag line accompanying the photo is “Go Find Yourself.”

I like the ad, which caused me to do a double take the first time I saw it. Is that an F-off gesture? I wondered, before realizing that it was the ring finger and not the middle one that Edelstein was raising.

END_OF_DOCUMENT_TOKEN_TO_BE_REPLACED 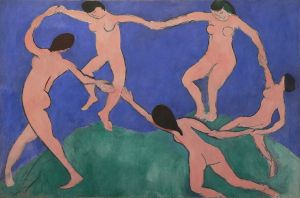 I’m floating in a warm pool surrounded by women. Eyes are closed. Hands gently lap the water. Movements are languid, barely making ripples. One woman sits underwater, as if suspended. Above the surface, her breath rises, forming bubbles.

We look like we are hibernating, which in a way we are. This is, after all, a retreat.

It’s just us ladies, so no pressure to pull in one’s tummy to create the illusion of flatness. No need to wear oversize t-shirts to hide soft upper arms or round thighs or skinny hips. No need to walk sexy or look hot. Each of us is resting, saturating in what it feels like to fully inhabit our own skin. We are hiding nothing.

END_OF_DOCUMENT_TOKEN_TO_BE_REPLACED

Several months ago I wrote, “Stopping the Violence,” a blog post about a verbally abusive relationship I was in. He and I were together for nine months—longer, if you count the times we got back together. While nine months might not sound like a long period, the emotional injuries I sustained from those months with him were significant. It took me years to recover.

I definitely have had my issues, some of which I was working out with him. For a long time, I used to think that it was all my fault. If only I had been stronger or tougher, or perhaps less broken. Maybe I wouldn’t have gotten involved with him at all.

END_OF_DOCUMENT_TOKEN_TO_BE_REPLACED

Coming Out of Grandmother

I saw a woman at the bank the other day. A bank teller. She had the same kind of liver spots on her face that my grandmother used to have, right on the side of her cheeks by her eyes. She had laugh lines like my grandmother did. The shape of her face was almost exactly like hers. So was the texture of her skin. I wondered if the woman’s skin, like my grandmother’s skin, is what old lady Filipina skin is supposed to look like… like a coconut but not so hard, smooth even though it looks rough.

Seeing this woman was like looking at grandmother again, as if she were standing in front of me even though it wasn’t really her. The teller also had drawn in eyebrows, except my grandmother never used black eyeliner to pencil in her eyebrows. She always used a brown pencil. (Although when my grandmother was in her seventies once, she drew one of her eyebrows in blue because she was in a hurry and didn’t notice. When my sister pointed it out hours later my grandmother laughed so hard that she had to put her hand over her mouth to keep the rest of her laughter from spilling out all over the floor.)

I wanted to touch this bank teller’s face. I wanted to press my face next to hers and inhale deep to see if she smelled like Pond’s cold cream and Johnson’s baby powder, just like my grandmother. If I could have stood in front of the teller window longer I would have looked at her hands to see if they were wrinkled in the same places where my grandmother’s fingers had been wrinkled too.

END_OF_DOCUMENT_TOKEN_TO_BE_REPLACED

The Womb as Navigator, Executive Advisor, and Source of Feminine Power

I love to drop into my womb. I first learned about this practice when I started studying The Tantric Dance of Feminine Power™ over ten years ago. “Drop into your womb” is one of the instructions the teacher gives you before you can dance.