← The Virgin Mary, Body Image, and Her Story
The Female Body in Pleasure →

Birthing Sofia: On Whether to Mother

“Honey, I’m not pregnant!” I told my boyfriend the other day.

But the news to both of us feels bittersweet. 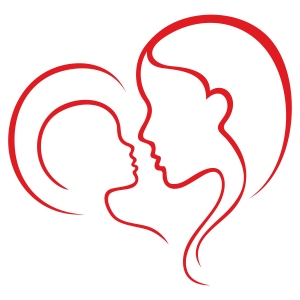 It’s not like it was for me in college—a time in my life when I found myself at the campus clinic more than once because of some condom fail. No one, not even the teacher from sex education class years earlier had bothered to tell me I could only get pregnant from intercourse when ovulating. Seated in one of those plastic chairs in the waiting room, my hands clasped together, I would bargain with God: Please Jesus, if you don’t make me be pregnant, I promise to never have unprotected sex ever again. And I will stop talking back to my mom.

But even after college, “pregnant” was the last thing I wanted. It just wasn’t something to worry about until my mid-thirties, early forties tops. “Have a career first and then start a family,” said my mom, who tried doing the opposite. Because we were so busy moving from country to country she never got her professional life going.

Back then, I wasn’t interested in motherhood anyways, so I was happy to take her advice. But by my thirties, the time period for when I thought my biological alarm clock was set to go off, nothing happened: no urges to start a family, no daydreaming about what it would be like to have a child—absolutely nada—although I did go through the motions.

I picked a name for a daughter—Sofia, after the Goddess of Wisdom—and dedicated my first chapbook of poetry to her. I ended a relationship that I knew wasn’t going anywhere to give myself time to find the man I would want as her father. I chose my birthing plan: a water birth, with a midwife, and ideally lots of orgasms like the woman featured in this ABC News video.

I even sought reassurances when talking to a couple of clairvoyants that I wasn’t just procrastinating and the Universe was really unfolding in right timing. “You’ve got plenty of time,” said clairvoyant B, checking my birth chart to make sure.“I see you having them in your forties.

Only now, I’m 43 and the alarm on my biological clock still hasn’t gone off. I can’t help but wonder, what happened? Wasn’t I supposed to wake up one morning and just feel that this is it, I’m ready, and I want it now?

“When is anyone ever ready?” said my friend G., once so ambivalent about motherhood and now about to give birth to her third child. “Just do it. You won’t regret it.”

This “I want to have a baby now” alarm signal that refuses to go off has left me emotionally spinning.

“We have to start getting me knocked up, today!” I told my boyfriend a few months ago. My gynecologist had just told me if we wanted to get pregnant we needed to work on it now. “Who knows how long this could take.”

Except that neither of us is ready yet.

There is a lot of information out there about what you can do if you want to be a mother but can’t get pregnant. Plenty has also been said about why it’s a perfectly fine choice to not feel called to motherhood at all.

But what if you are like me, someone who in theory wants to have kids but remains unready, and despite knowing better feels this pressure that it has to be now or never? I never factored, when coming up with my perfect plan years ago, that the uncertain variable to all of this might be me.

Part of me has been hoping that someone or something else would make the decision for me—my boyfriend, maybe, another condom fail, or the belief that if a soul is supposed to be born, nothing, not even the best birth control, can stop it. Thank you, Virgin Mary for that bit of inspiration.

But even the advice of experts or sound of the ticking bomb that is time moving forward can’t dissuade me from what I know in my body to be my truth. I just don’t want to have a baby right now.

And while I know that I could easily change my mind to a definitive yes, six months from now, three years from now, 10 years from now (or maybe never)—and that carrying a child in my womb is not the only option—this owning and accepting of how I really feel is bringing up a lot:

Am I missing the gene that is supposed to make me feel ready to be a mom? What’s wrong with me? Nothing! Why am I sad?  We (my boyfriend and I) haven’t really made a final decision. Not making a choice is making a choice. What do these “experts” really know? It’s my body, my own timing. Does the biological clock even exist?

As I allow myself to sit with this uncomfortable stew of contradiction and uncertainty, there is also relief at the release of all the expectations and pressure that had been weighing me down. And in the emptiness left behind, there is spaciousness. Room where something new can grow.

“My first daughter will be named Wisdom.”

Diahann Reyes is a freelance writer, editor, and actor.

59 Comments on “Birthing Sofia: On Whether to Mother”